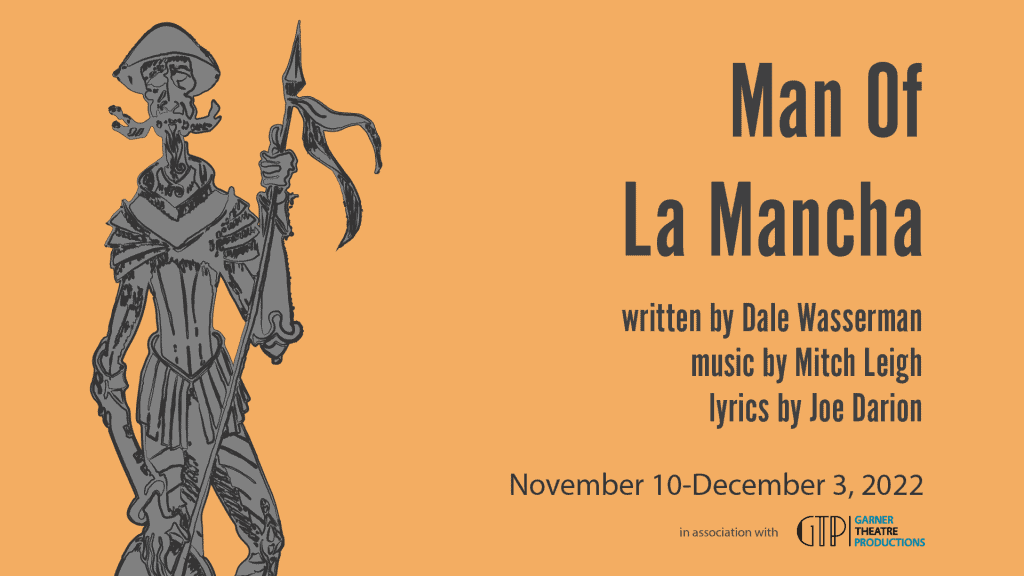 × The Broadway musical MAN OF LA MANCHA by Dale Wasserman, Mitch Leigh, and Joe Darion is one of the most enduring works of musical theatre. MAN OF LA MANCHA was last staged by Magnus Theatre over 40 years ago and makes it's return November 10th to December 3rd.

In prison and awaiting trial during the Spanish Inquisition, an actor and poet performs a play for his fellow prisoners, telling the story of an old man who sets out on a quest to right all wrongs in the world. This inspiring musical-within-a-play weaves the tale of a person who seeks decency and beauty (The Impossible Dream) in an increasingly cynical world.

Buy To This Event Directions